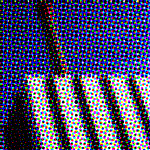 Prosig installed a PROTOR system at the Ringhals1 reactor in Sweden in 1992. This system was based on the PROTOR2 level of hardware and software and consisted of a Sun workstation and PC based acquisition system. The system has been successfully monitoring the two main turbine generators ever since. Last month Prosig upgraded this system to their latest PROTOR4 hardware and software.
The system now consists of a high-end rack-mount server PC containing RAID, hot-swap disks, dual high-speed Ethernet LANs and redundant power supplies together with two 32-channel 4700 data acquisition units.
The system is connected into the station alarm system so that control room staff are automatically alerted on vibration alarms. The system is fully integrated within the Ringhals network for data archiving, remote access and data transfer with the plant computer.

An automatically synchronized mirror system has also been provided for testing, evaluation and training purposes. Most importantly, all data collected on the old system for the past 14 years has been transferred to the new system and is now available online.

Ringhals produces some 28 billion kilowatt-hours of energy in a normal year. That is approximately one sixth of Sweden’s total electrical power consumption.

Barsebäck AB is today a wholly owned subsidiary of Ringhals AB. Together, they form the Ringhals Group. Annual turnover is approximately 4 billion SEK and the number of people employed 1,500. Ringhals also employs around 500 consultants and entrepreneurs every year.

The power plant consists of four reactors. The one unique feature of Ringhals is that it has both a single boiling water reactor and three pressurized water reactors. The total installed power is approximately 3,550 megawatt. The first reactor was started in 1975 and the fourth, and last, in 1983.

Applications Group Manager at Prosig
Don Davies graduated from the Institute of Sound and Vibration Research (ISVR) at Southampton University in 1979. Don specialises in the capture and analysis of vibration data from rotating machines such as power station turbine generators. He created and developed the PROTOR system and is Applications Group Manager at Prosig. Don is a member of the British Computer Society.

Prosig’s Australian Agent Will Be Exhibiting At Acoustics 2011