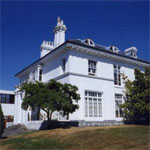 The annual UK Human Response to Vibration Conference will be held this year at The Institute of Naval Medicine, Alverstoke, Gosport, UK and will run from 6-8 September 2010. The conference provides a forum for exchange of information, dissemination of research findings and an opportunity to be updated in current issues related to human responses to vibration. Presented papers cover all aspects of hand-transmitted vibration, whole-body vibration and motion sickness.

Prosig are sponsors of the conference and their engineers will be on hand, giving papers and will be available to discuss specific applications directly. Prosig Director, Mr Adrian Lincoln, will be presenting a paper titled “Seat Motion Effects on Reported WBV Values in ISO 2631-1 (1997) and ISO 2631-5 (2004) in US Freight Locomotives”…

Seat motion artifacts (SMAs) caused by activities such as operator motion getting into or out of the seat induce anomalies in the seat surface signals.  Properly selecting and removing SMAs significantly affects the critical vibration values to be reported as specified in ISO 2631-1 and ISO 2631-5.  Seat motion artifacts are detectable by direct observation and also by instrumenting the base.  A genuine track initiated motion affects both seat and base transducers, but an artifact primarily affects the seat sensors.  Using these and related parameters allowed automatic artifact removal and genuine track/train events to be detected.  The results of whole body vibration data collected on 20 US freight locomotives with and without SMAs removed is reported and discussed, together with details of artifact recognition.  On average after removing the artifacts, the frequency weighted accelerations (aw) and the vibration dose values (VDV) were below the health guidance caution zone and the equivalent daily static compressive stress (Sed) was indicative of a low probability of an adverse health effect to the lower spine.

Last years 44th United Kingdom Conference on Human Response to Vibration, held at Loughborough University on the 7-9 September 2009 was very successful, this years conference promises to be even better.

Further details of the conference can be found at 45th United Kingdom Conference on Human Response to Vibration.

Specialists in systems for acoustic and vibration measurement, analysis, and testing within the automotive, aerospace, defence, manufacturing, and power industries. The company designs and develops its own products and its engineers have decades of experience in solving real-world noise and vibration problems for major organizations throughout the world.

Latest posts by Prosig (see all)