This article is a follow on from What Is Resonance? (Part 1) and answers some of the issues not covered in that post.

To answer any and all of the above questions can often be very simple, but sometimes, not so. Often there is a single clear peak in the frequency domain data that is easy to pick out, but sometimes there are many peaks. How do you find what you’re looking for in this case?

First, we have to explain what we are studying. In this article we will look at frequency response functions and how they are used to find a resonant or resonant frequencies.

For example, if we have a frequency response function from a hammer impact test, how do we find the resonance?

If we look at the magnitude or modulus part of the frequency response function in a raw format we’ll see something like that shown in Figure 1.

There is only one peak in this case, but how do we know for sure this is the resonance?

From the signal shown in Figure 1 we cannot say. We can make a best guess based on our understanding of the structure or part under test, but that is all.

So what do we need to make a judgement? The answer is phase.

With both the modulus and the phase it is possible to make a decision upon which frequency is the resonant frequency.

If we look closely at the modulus and phase signals shown in Figure 2, we can see the frequency peak, but we can also see a peak in the corresponding phase.

In Figure 3 we have zoomed in on the x scale to see the data more clearly. It is now possible to pick out the peak at 1758Hz. We have highlighted it using the DATS cursor marker function.

Pay careful attention to the plots of the peak and it is clear to see that the peak at 1758Hz does have a corresponding phase switch of 180 degrees. This is a classic sign of a resonance, a large peak associated with a flipping in phase.

Generally, an engineer will not see data this clear or obvious, but this article is intended to show the concept of how you would find a resonance in a simple system.

Further plots of this form would classically be shown on a logarithmic scale (or log scale for short). Figure 4 shows the same data on a log scale. Here both the resonance and the anti resonance are shown. The anti resonance was not visible at all on the linear scale, but shows itself and its phase inversion clearly in the log scale at 1689Hz. If not for viewing the data in the logarithmic form, this additional information would have been missed by visual inspection. 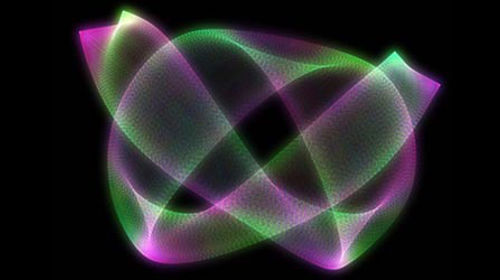 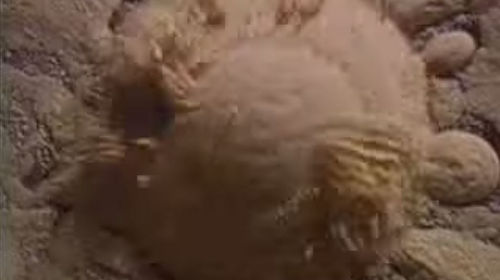 5 Videos That Explain Resonance
Since resonance is such an important concept in noise & vibration measurement we thought we’d see what videos we could find to illustrate the phenomenon. So, here are 5 videos that show various aspects of resonance.
Resonance
via Prosig 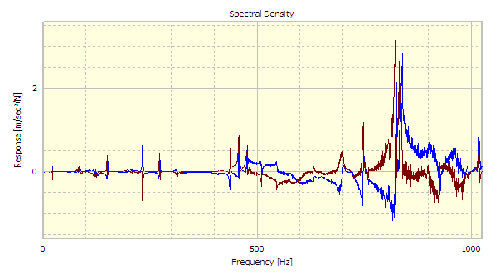 A Simple Frequency Response Function
This article attempts to explain the basic theory of the frequency response function. This basic theory will then be used to calculate the frequency response function between two points on a structure using an accelerometer to measure the response and a force gauge hammer to measure the excitation.
The following two tabs change content below.

Understanding the Importance of Transducer Orientation